CCi’s Laz Varga (Associate Director, Melbourne) shares a project memory and career highlight from his time working as Lead Quantity Surveyor on the Canterbury, New Zealand Earthquake Recovery Programme in 2010. Laz speaks to the rewarding nature of assisting with the commercial aspects of this disaster recovery project, the difference it made in the people’s lives affected by the earthquake, and what he took away from the project. 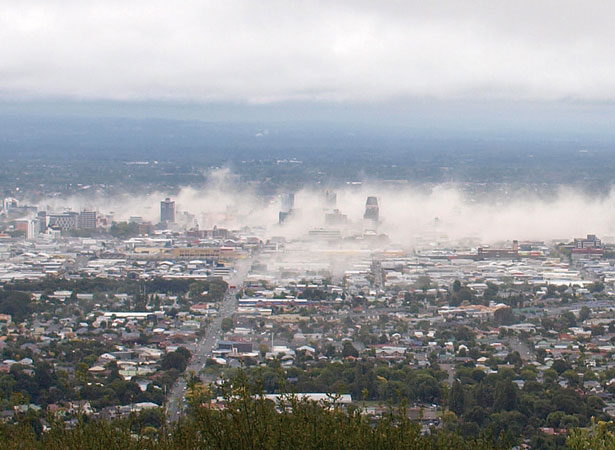 On 4 September 2010, the Canterbury region of New Zealand experienced a 7.1 magnitude earthquake.  The forces released were so immense the entire country felt it.  Thousands of aftershocks of varying strength continued for months.

Tragically, on 22 February 2011, Canterbury was struck again by a 6.3 magnitude earthquake resulting in 185 fatalities.  On that occasion, the earthquake occurred at a shallow depth; and far closer to Christchurch.  The human suffering went beyond the loss of life; the people of Canterbury were understandably distressed by the trauma of losing loved ones, the relentless aftershocks, and the uncertainty surrounding their lives, livelihoods, and homes.  As expected, the prevailing mood was one of shock, anger, and helplessness.

Estimates suggest the earthquakes damaged or destroyed over 10,000 homes and devastated the Central Business District of the City of Christchurch.  Significant areas within the City limits received red-zone status as the land could no longer support structures of any kind.  The financial toll on the Country measured in the tens of billions of dollars.

The Government of New Zealand, via the Earthquake Commission, quickly established a repair programme by partnering with the construction and insurance industries.  Powerbrokers decided to split the region into smaller, more manageable sub-regions; and each of those areas had one or more repair hubs entrusted with assessing and overseeing the repair of properties.

I was fortunate enough to be involved as a Lead Quantity Surveyor in one of the repair hubs.  I have used the term fortunate because the job and the project had a significant social impact element.  I had found going to work a gratifying experience – after all, we were working towards assisting people back into their homes.

Traditionally, the construction and engineering industries operate on monthly cycles.  Contracting relationships frequently turn adversarial.  However, as mentioned earlier, Cantabrians were experiencing significant hardship, and winter was fast approaching – the traditional industry model would not have worked in that context.

In order to expedite the recovery process, the programme operated on weekly cycles.  Therefore, contractors engaged to complete the repairs could submit payment claims weekly with compensation available the following week.  To reduce procurement timeframes, approved contractors completed the works at predetermined but fair rates.  The system enabled commercial and operations teams to move at pace assigning and assessing the repairs.  Admittedly, due to the speed of the programme and the sums involved – commercial teams had to stay vigilant to fraudulent claims and activities.  Nevertheless, liquidity and favourable terms facilitated speed and efficiency that made a material difference in the lives of the people of Canterbury.

Out in the field, teams encountered a broad spectrum of challenges. Ground liquefaction, asbestos and lead contamination, electrical hazards, and the occasional aftershock frequently meant a rethink in strategy and methodology.

Witnessing first-hand what people had to endure to get back into their homes stayed with me. The project came with an enormous financial burden, but in the face of the human costs, one struggles to conjure up excitement about the scale and value of the project. The experience serves, to this day, as a sobering reminder of the importance of not getting caught up in insignificant and trivial matters.  It goes without saying that we must act diligently in our service to our clients.  However, we must act in a manner that allows us to focus on the primary issues.  With targeted focus, it is simpler to develop options; and to make and expect principled concessions.  Such an approach will likely contribute towards unblocking deadlocks and establishing and maintaining better working relationships.  It is important to articulate our objectives and priorities, but it is equally important to seek an understanding of the perspectives and priorities of others.

In summary, whilst the project presented technical challenges – on that occasion, the real lessons were in the practice of empathy and human interactions.

To learn more about the projects CCi have been a part of, click here

This website uses cookies to improve your experience while you navigate through the website. Out of these, the cookies that are categorized as necessary are stored on your browser as they are essential for the working of basic functionalities of the website. We also use third-party cookies that help us analyze and understand how you use this website. These cookies will be stored in your browser only with your consent. You also have the option to opt-out of these cookies. But opting out of some of these cookies may affect your browsing experience.
Necessary Always Enabled
Necessary cookies are absolutely essential for the website to function properly. These cookies ensure basic functionalities and security features of the website, anonymously.
Functional
Functional cookies help to perform certain functionalities like sharing the content of the website on social media platforms, collect feedbacks, and other third-party features.
Performance
Performance cookies are used to understand and analyze the key performance indexes of the website which helps in delivering a better user experience for the visitors.
Analytics
Analytical cookies are used to understand how visitors interact with the website. These cookies help provide information on metrics the number of visitors, bounce rate, traffic source, etc.
Advertisement
Advertisement cookies are used to provide visitors with relevant ads and marketing campaigns. These cookies track visitors across websites and collect information to provide customized ads.
Others
Other uncategorized cookies are those that are being analyzed and have not been classified into a category as yet.
SAVE & ACCEPT